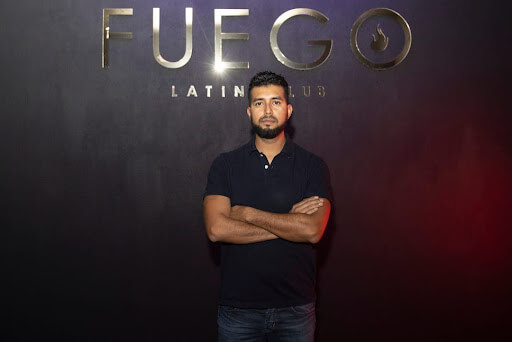 Fuego Latin Club is the brainchild of Jose Luis Pantaleon, a local entrepreneur who owns a staffing company named Agri-Staff in addition to the club.

He’d previously owned Area 51 bar and grill in the same space but had to close it down after only being open for three weeks due to the pandemic.

“I’ve worked 8 years in staffing, and I wanted a change from working in an office environment and doing paperwork,” Pantaleon said. “I’m not a big partier, but I wanted to have a place for people to not have stress, forget their problems, and have a good time.”

Pantaleon has lived in the Salem area for 15 years and with the opening of Area 51 and now Fuego Latin Club, it marks his first foray into the entertainment industry.

“There is no Latin Club in Salem and if you go to a bar in town, there aren’t any Latino bars with music in Spanish,” Pantaleon said. “This is a location where 90 percent of people are Latinos and it’s a place where you can be you. Everyone is welcome, but this location will feature Latino hits and various Latin genres.”

The club is currently open Thursday through Sunday and will feature a different theme each night.

Wednesday nights will be boys’ night, Thursday nights will feature throwback hits, Friday night’s theme will be Vegas/Miami vibes where they’ll play tropical music and reggaeton, Saturdays will feature more Spanish speaking music including Rumba, Cumbia, and Banda and Sunday will have a Latino brunch and twice a month drag night in the evening.

The full menu is still being finalized, but for the time being, folks can come in and have bar food. The Sunday Latino Brunch will include posole, menudo, chilaquiles, enchiladas, and other food for a hangover.

“We’ve got 9 different VIP zones as well as a stage,” Pantaleon said. “I plan on bringing comedians, musical acts, and concerts. It’s a club for everyone.”

Increased security will be one of their biggest initiatives as well as parking for visiting patrons. They hired a strong security team to oversee the entrance as well as the parking lot. They also expect to have close to 40 parking spots in their lot and across the street.