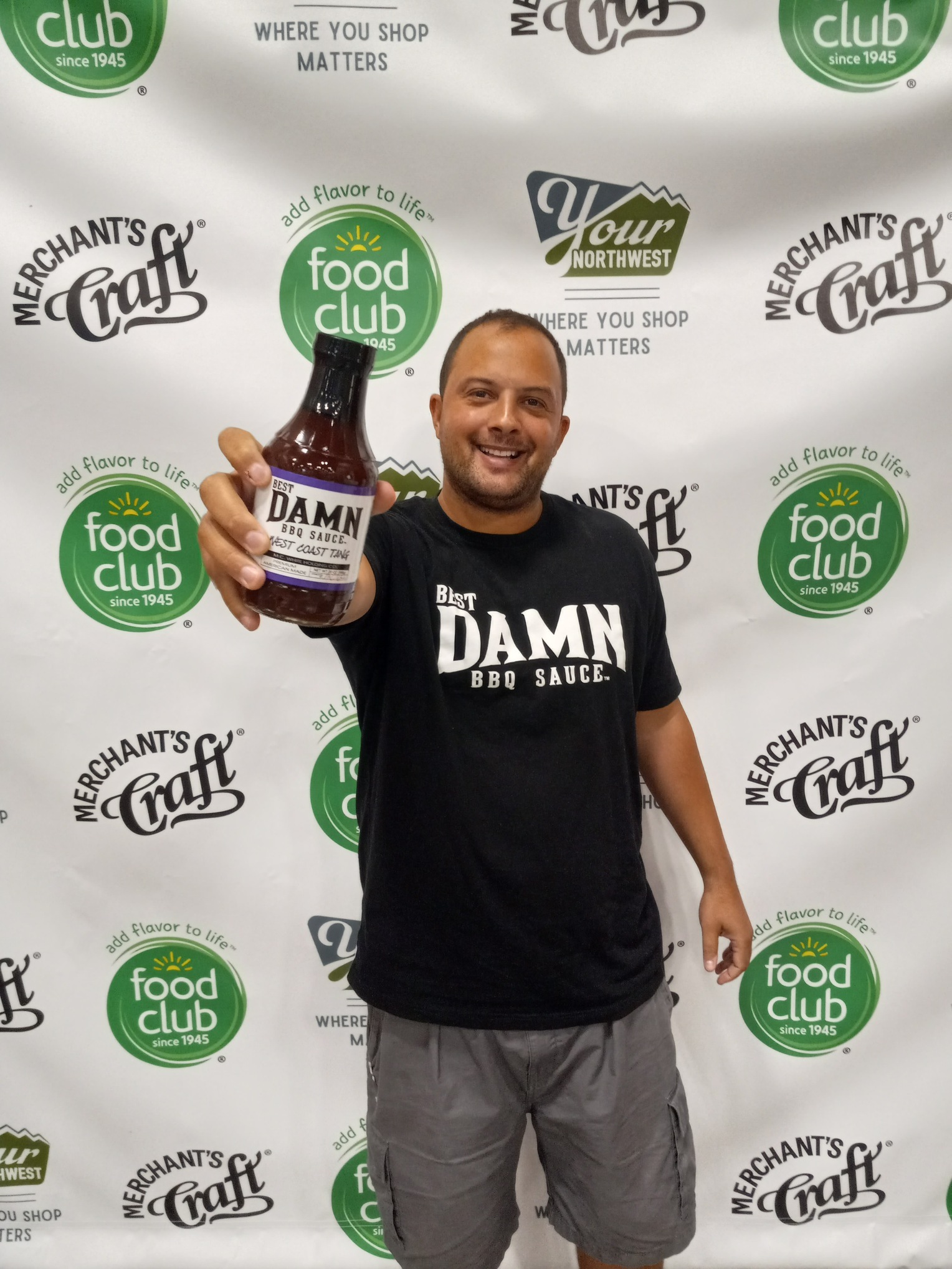 SALEM- Mike White was standing in front of his fridge one day searching for the perfect sauce, but couldn’t find what he wanted so he decided to try his hand at creating his own sauce.

“I had a lot of sauces in my refrigerator and I’m the dude that would go to the farmers market and buy sauce,” White said. I want to taste different sauces and I couldn’t decide what to put on my food and I had all these bottles of sauce open. I realized then that I needed to make my own sauce so I started looking into the market and viability of starting a sauce.”

White moved to the Salem area with his family in 2013 when his wife got a job with the state and he transferred banks from Portland.

He began playing with different sauces and doing research and eventually would create his perfect recipe.

“We tend to do more of the sweet and tang, Kansas City style sauce,” White said. It’s thicker and tomato-based. We concocted a good mixture, it’s a good sauce.”

White decided to test it out and entered a sweet and tangy sauce named ‘Sweet Lady Love’ into the 31st Annual American Royal World Series of Barbecue Sauce Contest. The contest is the largest competition of BBQ sauce in the world. He ended up placing first overall, beating out over 300 entries from around the world.

“Step one is to have a good brand if you want to be a good business and so I came up with a killer name that nobody was using,” White said. “I started playing with different sauces, doing a little bit of research. Had a sweet and tangy and then a hot one. What I did was created a website, went and took bottles of BBQ sauce in the grocery store and put a fake label, got them on my site to make me look legit.”

After the success at the barbecue competition, White knew he was onto something and officially launched his product in the summer of 2018. He hit the ground running and began spreading the word about his sauce and going to farmer’s markets. At one point he was going to seven farmer’s markets a week.

Eventually, he was able to get the BBQ sauce into grocery stores and started getting online orders.

The whole family got involved with the business and now Best Damn BBQ Sauce is in 500 grocery stores nationwide including Albertson’s, Safeway, Market of Choice, Target, Roth’s, and chains down in Texas.

The company is using an outside manufacturer to make the sauce, but the long-term goal is to build a manufacturing facility in the area so the company is currently raising money toward this goal. They’ve raised 500,000 so far and have a goal of around 2 million.

“I want sustainable, healthy growth, I don’t want to be in every grocery store overnight,” White said. “I’d rather pick up 400 stores a year. There are about 40,000 places our sauce can be so we’re just trying to go nice and steady and have a healthy growth. The goal is to be the next iconic American BBQ brand.”