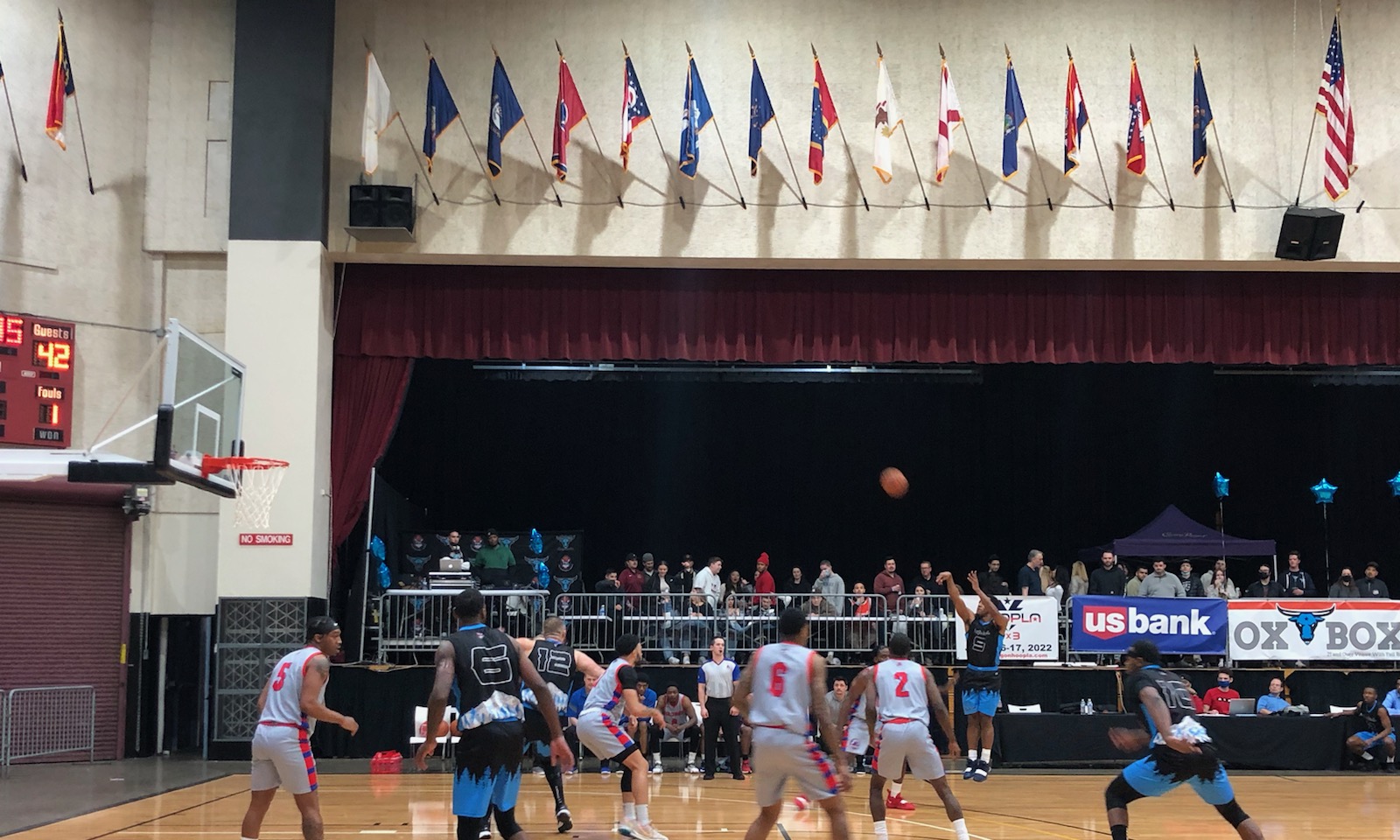 SALEM- Professional basketball is back in the Salem area after a nine-year hiatus as the Salem Capitals begin their journey to win the hearts of fans in the mid-Willamette area.

Led by President and Team Market Owner (TMO) Jason Conrad, the Capitals are in The Basketball League (TBL), a professional minor basketball league that has 44 franchises throughout the country.

Conrad is an alumnus of the league and has played professionally overseas 2013-18 and in the TBL from 2018-19.

As an art major in college, he wanted to be involved in the community and teach art so while with the Yakima franchise of the TBL, he created a program to help kids after school.

The program was a major hit and eventually attracted the attention of the league.

“The program grew up to 150 kids and ended up being the largest free program in the league,” Conrad said. I got to know the owners of the TBL after winning an award.”

In 2020, Conrad received a call from Paul DuBose, the owner of the San Diego team in the TBL. DuBose was originally from the Salem area and was planning on moving back to the area, bringing the franchise with him.

After a short stint in Salem, DuBose eventually wanted to sell the team and asked Conrad, who decided to pull the trigger.

The league has grown substantially since Conrad played as they went from 10 teams to 44 in a few short seasons. Former NBA players Kendrick Perkins, Olden Polynice, and Steve Francis have all either owned or coached a team since their inception.

“About 7 months ago, I got a call from Paul who was selling the team and gave me an opportunity to purchase the franchise from him,” Conrad said. “I talked it over with some people and decided it was the right move to take over the franchise.”

The TBL season runs from March through June with Salem part of the West Division along with the California Sea-Kings, SoCal Moguls, Vancouver Volcanoes, San Diego Sharks, and the Bakersfield Magic. Home games for the Capitals will be played at the Salem Armory at the Oregon State Fairgrounds.

The current squad features 12 players from Oregon, Washington, Nevada, Illinois, and Missouri. They made the roster after undergoing a tryout and have played for various colleges.

“I had a different recruiting process with team chemistry and was looking for different things, not always about having the best players,” Conrad said. “I want them to have fun doing the community stuff. Making sure they were enjoying the experience as much as the kids. We have a very diverse group of guys that are excited to be part of the community.”

The Capitals feature a product that is family-friendly and has something for all ages. When they’re not playing, players and the staff will be involved in the community.

“We’re going to be involved with small business, large business, community events, youth sports organizations and try to partner with as many people as we can,” Conrad said. “We’ll be Involved in Hoopla, riverfront activities, wherever we’re able to.”

The TBL is a chance for these players to continue chasing their dream and playing a sport they love.

The Salem Capitals are off to a fast start in the league and by mid-March had jumped out to a 6-0 record and first place spot in the West Division standings. Fans will have plenty of opportunities to see the team as they have a 24-game season and playoffs if they qualify.

“Since the founding of this league, over 250 have made it to overseas leagues, 17 went to the G-League and thee played in the NBA,” Conrad said. “This is a league of exposure for the guys that went under the radar or got hurt. A league of opportunity on and off the court.”