The Loft Studio Finds a Home in Downtown Salem 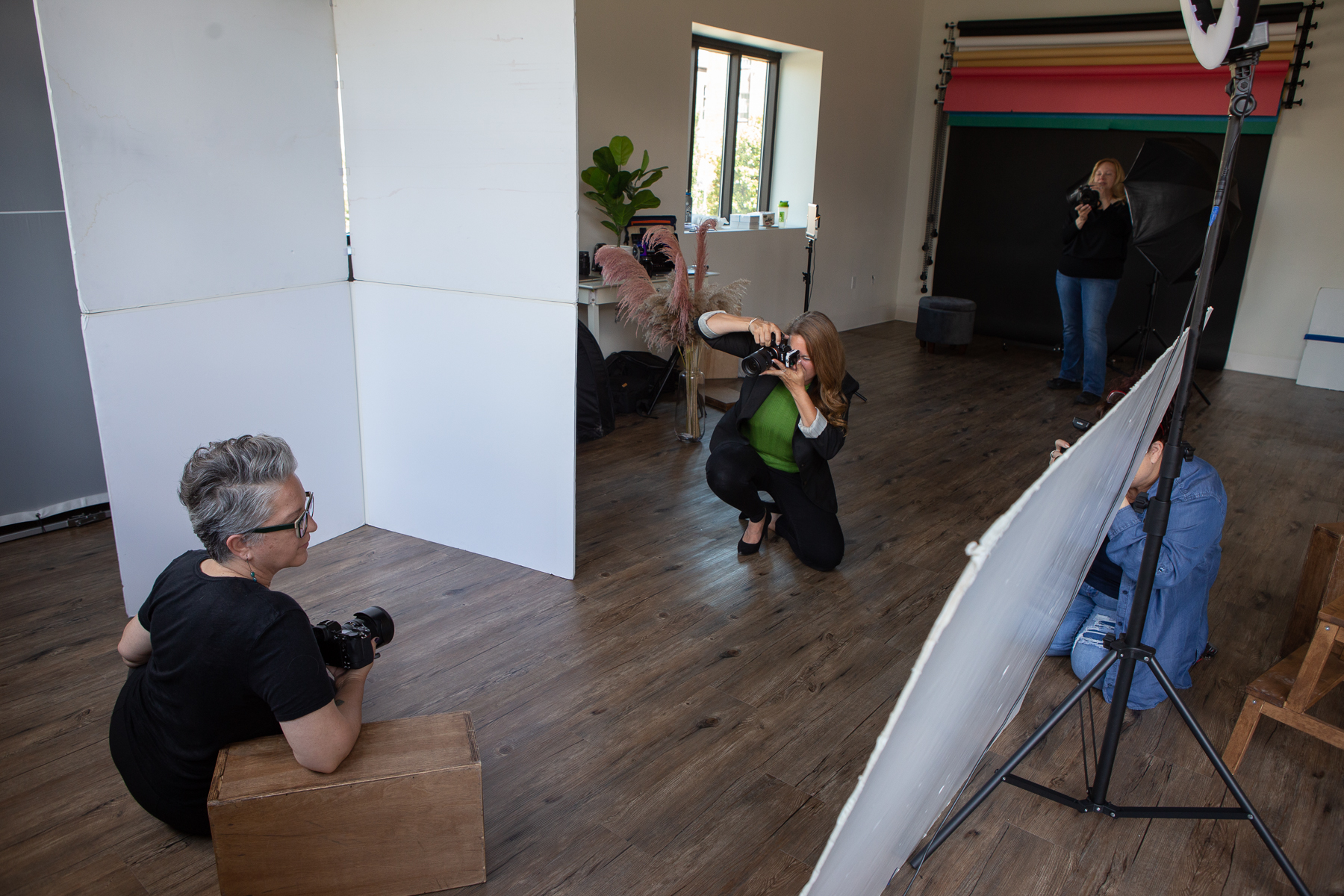 SALEM- Jennifer Jean grew up loving photography but wasn’t able to truly turn it into a career until a few years ago.

Nowadays, The Loft Studio is thriving in downtown Salem with a large space for several different photoshoots.

Jean grew up in Salem and went to McKay High School before getting married and moving up to Seattle.

She purchased her first professional camera in 2004 shortly after digital SLR cameras were released and quickly proceeded to work on her photographing skills by capturing the Seattle skyline or freeway at night.

“In 2007 when my nephew was born, I started photographing him and set him up with fun scenes,” Jean said. “I stuck him in a pot on a stove with a baker’s hat and a wooden spoon and took pictures of him like that. That was when I really fell in love with photographing people because it was that interaction between me and him and capturing those really great expressions.”

Jean moved back to Salem in 2015 to be closer to family and decided to officially jump-start her photography career.

“I thought I would throw it out there that I was a photographer and people were going to hire me,” Jean said. “I had two people from high school on Facebook that said they would hire me and that was the start.”

Eventually, she found a photographer named Sue Bryce who taught online education classes for portraiture. She began learning from her and working on her craft.

“She teaches body language and lighting and styling and all the things you can possibly learn to create portraiture work,” Jean said. “I started following her and paying for her classes and still take those classes to this day. I learned the art of portraits and body language and interacting with my clients by capturing the connection that you get through the lens. I fell in love with it.”

Jean joined the Salem Chamber of Commerce and began promoting and marketing herself via social media. She didn’t have a studio at first and was instead working out of her house by setting up backdrops and lights.

At one point, she was working out of a small outdoor house area that was attached to the main house, which she turned into a small studio.

“The space was really small and challenging and I was having backdrops fall on me all the time,” Jean said. “Half the time I had to say I really know what I’m doing guys, I’m a professional! People would laugh and tell me that it makes me more real and relatable. I built my business in that tiny space and used it for the last four years. It worked and I’ve created some really beautiful pictures in there. However, I felt limited and there was only so much space I could use in there and options for making it look different.”

In 2019, Jennifer gave herself a year to build her business and brand. The pandemic put a damper on things and forced her to reevaluate if the business would work.

“If I can’t build it up to where I can pay my bills and make it sustainable, I’ll go work at Target or find another job,” Jean said. “2020 happened so I gave myself another year. I had no business from COVID for a year and a half.”

Jean felt she had to do something to jumpstart her business so in September 2021 she launched a 40 Over 40 beauty and glamour campaign for women over the age of 40. The campaign proved to be successful and helped get her name out in the community.

“Women don’t want to see themselves growing old, but I’m loving seeing the woman I’m becoming and fully embracing the fact that I’m leaving a legacy for my children,” Jean said. “We’re all beautiful in every stage of our life. We should celebrate that.”

She began looking for her own space and eventually looked at the location that would house her current studio.

“I saw this space and soon as I walked in, I felt like I could breathe,” Jean said. “I was creatively claustrophobic. I walked in here and I could stretch my arms out and felt inspired.”

The location was ideal and downtown (located above Masonry Grill), but the rent was high.

“I had to build it from the ground up and I wondered how I could make it work,” Jean said. “I decided to rent it out to other photographers on the weekend and that turned into so much more. I know what it’s like to build your business from nothing and how long it takes to gather enough gear and feel like a professional. To be able to bring photographers in here and offer them everything they could possibly need to run a professional portrait business is very awesome.”

Jean wanted to create a space that made a statement, so she bought a chandelier and created a cozy seating area so that when people see their photos and she puts them on a TV, it feels as if they’re in their own living room. She also wanted her space to look like a high-end boutique so that when they come in, they know they’ll be spending money.

“I had an influx of different photography including boudoir, requests for headshots, requests for branding photos as well as the 40 over 40,” Jean said. “I’ve been crazy busy ever since then. I’m booked through September now and providing people with a space to shoot, is really cool.”